7 Ways To Get A Whiter Smile

After so many years, the teeth can get dull, dingy, and even yellow. There are also certain habits that a woman has like, drinking coffee and tea, that can stain the teeth. To save herself a lot of money, a woman can use certain foods that can actually make the teeth get whiter without harsh chemicals. Here are the 7 ways to get bright white teeth without having to go to a dentist.

The malic aid in a strawberry can make teeth nice and white. Taking a cup of strawberries and mashing them in a bowl will release the malic acid.

A woman can then dip her tooth brush in it and use it on her teeth like toothpaste. After leaving the mashed strawberries for one minute, the mouth should be rinsed with warm water. 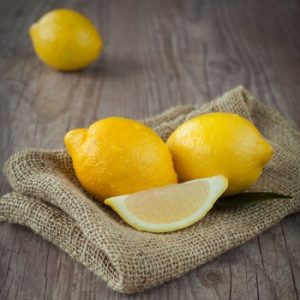 Lemons have acid in them, which can bleach the teeth. After brushing the teeth regularly, a woman can take a glass and fill it halfway with pure lemon juice and then add water to the glass to fill it up.

The solution should be mixed together then swished around in the mouth. The solution can be used at least once a week for a whiter smile.

Putting baking soda in a bowl, and then adding warm water, can create a paste that can be used on the teeth.

The mixture may not taste very good, but using it every night will guarantee a healthier mouth and whiter smile. After a typical brushing, instead of using mouthwash, a woman should try hydrogen peroxide.

The peroxide can be swishes in the mouth, and there will be bubbling, which means that the peroxide is cleaning the teeth and killing germs.

After the bubbling has stopped, the mouth has to be rinsed thoroughly with warm water

The inside of a banana peel is a natural way to whiten the teeth. The white fleshy part inside the peel is made of pure potassium, which is a natural whitener for teeth.

After the white flesh is rubbed against the teeth, it has to be left on for at least 10 to 15 minutes to be effective.

The banana peel method of whitening teeth can be done two to three times a week without damaging the teeth. A woman can make her teeth nice and white by gargling with sesame seed oil. The amount of oil to use in the mouth is one to two tablespoons.

As the gargling is taking place, the oil will react with the saliva in the mouth and start to become thinner.

After about 15 to 20 minutes of gargling with the oil, the mouth has to be rinsed out with warm water to get rid of the oil residue. 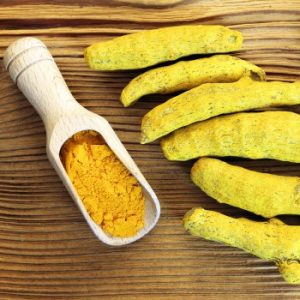 Turmeric is a yellow spice that is commonly used for cooking. However, turmeric can also be used for many other things including whitening the teeth.

Mixing two tablespoons of turmeric powder and one tablespoon of mustard oil together will create a bright yellow paste.

The yellow paste can then be used on the teeth at least three times a week, and the spice and oil combination will remove stains from the surface of the teeth.

2013-08-05
Previous Post: 7 Items Every Mother Should Have at Home
Next Post: Being The Boss At Work: How to Terminate An Employee