The weaning process has some pros and cons. The sterilising of bottles or trying to not embarrass yourself while breastfeeding is no longer an issue. It’s often a fun time for your little one to try new foods and learn to eat by himself. However, there are some issues and one of the biggest is having a picky or fussy eater. You want to encourage him to try new foods and have a balanced diet. Here are some tips to help with that.

The Rule of Eight 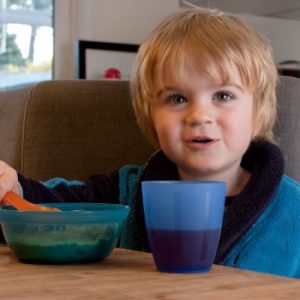 It takes around eight times for a child to decided that he doesn’t like something. Make sure he tries something all eight times and gives it a really good try.

If he then doesn’t like something then he genuinely doesn’t like it and you can move on. You may be surprised that the initial thoughts were just because the food was something new. 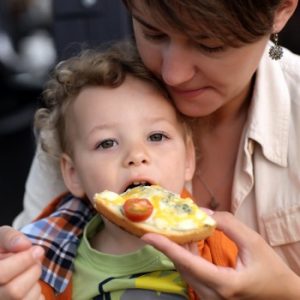 Children love colourful things so make sure there are a variety of colourful foods on the plate. This encourages them to try the different things.

When they’re younger, they won’t care what the names of items are—just how they look, feel and taste. This is the best time to try them on things that you’re not too sure about (like the spinach).

Encourage Your Children to Play

You always hear “don’t play with your food” but this is how babies and toddlers decide if they are going to like something. They want to pick it up and mash it between their fingers.

They want to see how it feels as well as taste. It helps them get used to the different textures. They’ll also want to see how the food looks on the high chair tray so encourage it! 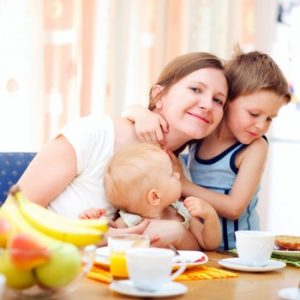 Feed your toddler the food that you eat. As he sees that you like it, he’ll be more likely to try it himself. That doesn’t mean he’ll definitely like it but at least he will try it!

Avoid pulling faces when you try something new, even if you don’t like it. He will pick that up as a cue it’s not good and psychologically not like it.

Make It Clear You Won’t Entertain the Fussiness 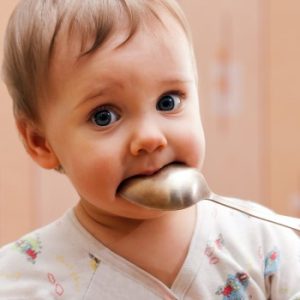 Sometimes children act fussy because they know you will give in. Make it clear that you will not entertain it.

This is their meal and if they don’t eat it then there is nothing else.

Don’t Give In to Unhealthy Snacks

Every now and then, a biscuit or piece of chocolate isn’t going to hurt. However, make most snack times healthy and encourage toddlers to try new things.

You could have a dip for breadsticks or pull out a new piece of fruit.

Let Them Help Cook It

Toddlers are happier to try things that they’ve helped make. They want to taste their efforts. Find meals that you can make together.

You will soon find that they are more willing to try some of the strangest concoctions.