Whether you’ve met a new man or you’re talking to a friend, there are some signs that he makes that all women misinterpret. It could mean the difference between that missed opportunity or starting the relationship with your dream man. Here are some of the more common signs that you’re missing.

Too many women take men being friendly as a sign they are flirting. It’s understandable considering that the world is becoming a less friendly play to live. However, he could be nice because he genuinely is a nice man. Don’t take that friendliness as a sign of being flirty all the time. Accept it as friendliness and you could find the relationship develops at a later date. 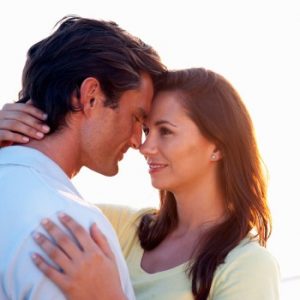 He’s quiet and shy: it must mean that he’s not interested in you, right? That’s where you’re wrong. In more cases than not, he’s actually just genuinely shy.

If he doesn’t like you or doesn’t find you interesting enough, you really will know because he’ll tell you or walk away. Being quiet could mean that he’s better at listening and he’ll show you he cares in many other ways.

Look Away Isn’t a Snub at You

Put yourself in his shoes. You see movement out of the corner of your eye, so what do you do? It’s natural to look away and see what’s going on. It could be someone falling ill, someone you know trying to get your attention or it could be a person in trouble.

More times than not it’s nothing at all, but you just never know. That’s the same thing that goes through his head. That movement has caught his eye. It’s not a way to tell you that he doesn’t find you interesting. 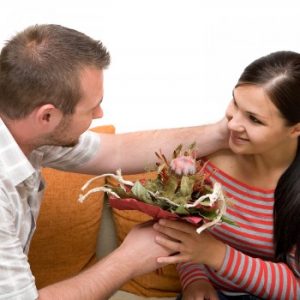 He comes home with a bouquet of flowers or a small gift. It must mean that he’s guilty of something, right? Well, that’s not necessarily the case.

It could be that he just wants to show you that he was thinking of you when he saw something. He may even want to find a way to say he loves you. However, you do need to look out for a pattern.

If he usually buys gifts because he’s done something wrong, the next time he buys you something is a good indication of the same thing.

Turning You Down Means You’ve Done Something

He may be in a relationship or have just gotten out of one and not want to use you as the rebound. Discuss the reason with him if you really want to know, but don’t take the rejection too hard.

2014-03-04
Previous Post: Why You Need a Condo and Not a House
Next Post: Make Your Nail Polish Last With These Tips!