Creating the Perfect Candles for Fall

During the cooler weather, women love to light candles to add an ambiance to the room. However, the best kinds of candles can be expensive, and they often do not last. Candles are a big industry, but a woman can actually make her own candles in her kitchen using just a few ingredients and a few simple steps.

To make homemade candles, a woman is going or need a few things like wax, wicks, a double boiler pot, a thermometer, and whatever scents a woman wants for her candles.

For beginner candle makers, paraffin wax is easiest to work with, and also is available at any store that specializes in hobbies or arts and crafts. 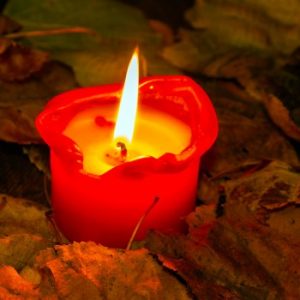 Wax can come in a variety of different forms from small chips to giant blocks.

If the wax comes in big blocks, then a woman is going to need to cut the block into smaller chunks that are going to fit into her double boiler.

Decide on the scent:

A woman can choose from any scent she has chosen.

Scented oil is available at a hobby store because oils with scents can also be used in oil burners that can plug in or that can be used in a special ring that can fit around a light bulb. 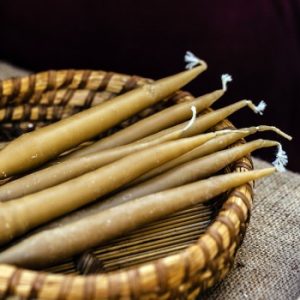 The double boiler pan is going to melt the wax, but if that pan is not available then a larger pot of boiling water can be used and a smaller pot with the wax can be placed inside of it.

The thermometer can be used to make sure that the temperature of the wax does not go higher than 390 degrees.

Decide on the container:

Some women like to use conventional things to use as candle molds such as cupcake tins or mason jars.

The container chosen is going to have to be prepared by being cleaned thoroughly and also dried thoroughly.

The wick should also be prepared, and should be at least two to three inches longer than the top of the container. 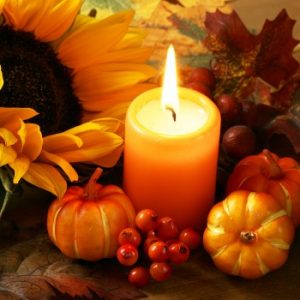 The wick has to be held as straight as possible so the wax will form around it properly. 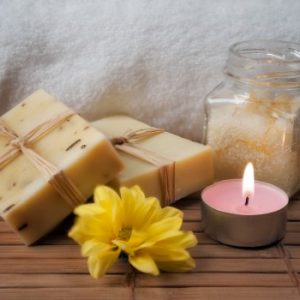 For the next few hours, the wax is going to cool and harden. Once the candle is formed, it can be popped out of the container, and the wick can be trimmed down to a more normal level for a candle.

A woman can now set her finished candle in a decorative holder or if it is in a jar, keep it in the jar and placed on her mantle or wherever else she wants to put it.

The candle can then be lit and enjoyed, and a woman will have saved herself a lot of money by creating her own candle that she can burn all through the fall and winter.

2013-09-23
Previous Post: How To Dress For a Family Portrait
Next Post: The Perfect Snacks for Babies and Toddlers