While child rearing has long since been considered something to do with pride in order to raise a respectful, successful adult, it seems that this boundary is regularly being challenged in present day society. 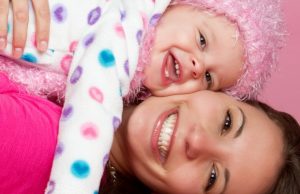 Not only are women attempting to consider themselves to be friends of their children, over parents of their children, but many parents are now condoning behavior that had typically been considered inappropriate. The results of such misconstrued boundaries?

Children are now entering adulthood with an unfortunate perspective that they not only are overly important, have some unfortunate sense of deserving what they have not yet worked for, and that they can make life altering mistakes that their parents, and mothers, to be more specific, will help them fix and manage. The issues are clearly detrimental to the later portion of the lives of these children, yet many facets of American culture and media have allowed for such disheveled views to become the norm.

MTV has been no stranger to the idea of teenage pregnancy, with such shows as “Sixteen and Pregnant” and “Teen Mom”. Unfortunately, these shows are glorifying the idea that a young woman can get pregnant, have no money or stability, is unlikely to have the support of the child’s father, but that their parents will assist them not only financially, but in caring for this following generation.

There is a characteristic that many of the guests that are on this show have in common, though, which is that they never established boundaries with their children, boys or girls, so that teenage pregnancy could be avoided.

While many teenagers have certainly proven throughout history that despite parental boundaries, they are going to do whatever they feel as though they want to do, but there is a current uproar in the number of teenage pregnancies, likely due to the misinformation and lack of boundaries by the parents of the teenagers. In addition, children are now growing up with an unnatural sense of entitlement, which is proving to be disastrous when they enter the work force. When interviewing company executives who may be responsible for the hiring of new employees, it is not surprising to find that many executives are hesitant to hire the younger generations who are now entering the job market, despite the credentials and qualifications.

The reasoning being, as reported, that these younger individuals have no value on hard work and putting in the necessary amount of effort to be a success within an industry. Children these days are being coddled to the point that they believe that the world owes them something, despite all of the hard work that even their parents have put forth to gain whatever assets they may have.

The reality of the situation is hard to believe, but incredibly accurate when researched. Children are not being raised with appropriate boundaries that are going to set them on the right path to success after they enter the adult world. Parents need to begin making a valiant effort to supply their children with these boundaries, not only to ensure their success, but to ensure that the parents are not forced to manage the mishaps that may be created by their children.