6 Signs You Still Love Your Ex

Are you struggling to get over that breakup? Do you pretend that everything is okay but deep down find yourself missing him? It could be that you’re still in love with your ex. Even if you’re not in love, you may have feelings for him that make you think about the relationship. You will usually show signs that this is the case, and these are the more common ones.

You follow his every move on social media. You want to know who he’s seeing, what he’s up to and whether there are signs of someone new in his life. This is not just a sign that you want him back; it’s a creepy sign that you need to get out more! It’s really easy to watch his every move with technology now, but you won’t do it when you do get over him.

You Analyze Every Social Media Update 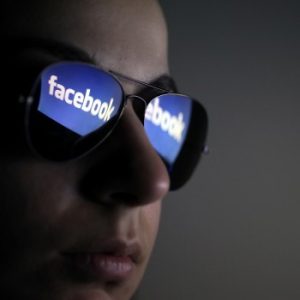 If you’re not stalking him, you analyze every update that he makes. You’re looking for signs that he still wants you or that he’s not happy now he’s single.

You’re subconsciously waiting for the sign that it’s time to get back with him—or drop hints that you’re still available for him.

You Go to His Check-In Places

Whenever you see that he’s checked-in somewhere, you take a trip there on the “off-chance” that you’ll see him.

You don’t want to do it alone or tell your friends that you’re doing this, so you come up with the idea in the spur of the moment. Your friends and ex all see through these games and they don’t appreciate it.

There are Still Photos of the Two of You

You may have photos of the two of you, but having them up around your home or still showing up on your computer is a major sign that you’re not over him.

You don’t have to get rid of them all, but you want to put them in a box out of the way for now. Delete the ones on your computer, or at least put them on a memory stick and put that away. Still got the two of you on your Facebook profile? Switch it!

His Name Pops Up

Do you bring up his name in conversations? Even if you’re not consciously doing it, your subconscious is telling you that you’re still not over him.

You may reminisce about times you spent together or tell your friends what he’d do instead. Ask your friends to be honest about your doing this to get you to shut up!

When you meet a new guy, you compare him to your ex. This is a major sign you’re still in love with your ex, because you think of him as the perfect guy.

If the others don’t compare to him, there’s no point in giving him a chance. You can do this the opposite way too, by looking for someone who is completely different to your ex-boyfriend.