When That Other Woman Isn’t a Problem

If you see your husband or partner getting close to another woman or he meets someone new at work, it’s really easy to start seeing signs that aren’t really there. Jealousy rears its ugly head, and you’re always wondering if that other woman is going to turn into a home-wrecker. There are certain women that you don’t need to be worried about.

The Random Women in the Street

Window shopping isn’t cause for concern. Think about the amount of times you look at men in the street—chances are you’re thinking more than your partner really wants you to. 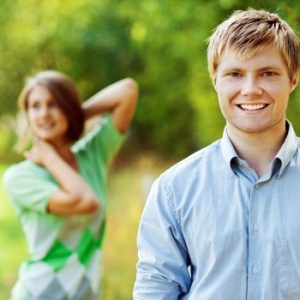 Just because another woman likes him doesn’t mean he’s going to lose you. Instead of being jealous or worry you’re losing him, be proud. You’re the one he goes home to, and you’re the one that gets to keep him.

To that other woman, he is a dream or fantasy. He may like the fact that she likes him, but it is more likely the attention he enjoys.

The Ex in the Photos

There are skeletons in everyone’s closet. Some men have photos with their ex-girlfriends somewhere hidden around. This isn’t always something to be worried about. There are a few considerations to make.

That woman may be a close friend now who you know. It could be a group shot. It could just be part of his past that he wants to remember for other reasons. He may have even forgotten about it! Have you seen his Facebook wall lately? Maybe you have his Twitter feed showing up in yours. Social media is often full of posts that seem worse than they really are.

A message may seem flirty and it may make you worry about your man’s commitment. Before you jump to conclusions, remember that words written don’t always turn out the way the other person expected. You’ll also want to think about messages you’ve posted on your friends’ walls.

This is one of the most common fears—that the man you love is going to run off with his female best friend because they realise they love each other.

That’s a movie cliche and not very likely to happen. Best friends are just that—best friends. There are high chances that they see each other as brother and sister. 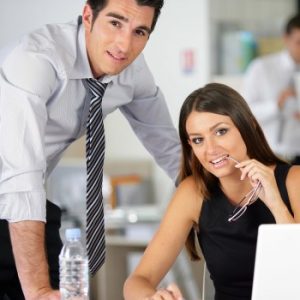 If it makes you feel better, meet her to find out who his work wife is, but there’s no reason to get jealous.

2014-01-10
Previous Post: Choosing the Perfect Appliances for Your Home
Next Post: The Beauty Products That Don’t Help!