Valentine’s Day is almost here. For some people it is the best time of year but for others it is the worst. Whatever you feel, here are some fun and interesting facts about the day. Think of them the next time someone asks you about your plans.

There are many different theories about when Valentine’s Day started. One of the most commonly accepted dates is 270AD. This was when Claudius II prevented men from marrying because it made them weaker soldiers. Bishop Valentine married men in secret and was arrested for his treason. He was executed on February 14. Before his death, he wrote a letter that was signed “From your Valentine.”

If you ask someone who can’t write to sign their name, an X is usually used. It’s simple to draw and was used in medieval times. The person would kiss a letter afterwards to show that they were sincere. Nowadays, people sign a letter with their name and put an X as a sign of that kiss. 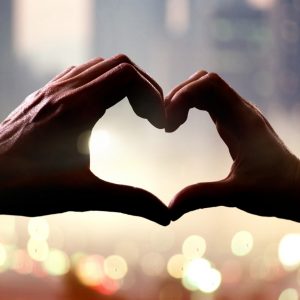 Most of the world will do something for this special day. However, if you’re in Saudi Arabia on February 14, you will be banned from celebrating it. The ruling is due to the Islamic defiance against pagan holidays. Anything associated with the day is banned, including flowers, hearts and the colour red. Don’t even think about wearing anything red on the day!

Venus is the Goddess of love and a common symbol used on the day. She apparently loved red roses, which is why these flowers are commonly used as a sign of love on the day. The red rose is the flower that usually sells out and you will have to get in quick if you want to give someone one of these.

If you want to send a love letter to someone, make it extra special with a Valentine’s stamp. You can send an unstamped letter in a larger envelope to Valentine, Nebraska. They will open the larger envelope, stick the special stamp on and then mail it back out to the addressee on the smaller envelope. You need to get your card to them by February 5 each year.

Valentine’s Day was When Barbie and Ken got Back Together

You may never have realised, but Barbie and Ken broke up. It brought an end to a 43 year relationship as Barbie moved onto a guy called Blake. Well, on Valentine’s day in 2011, Ken made a big public announcement about how much he loved his female doll counterpart and they got back together.

King Henry VII, the man known for winning the Battle of Bosworth and the father of Henry VIII, decided that England needed a new public holiday. He decided that February 14 would become St. Valentine’s Day. Yes, it really has been around since the 1400s.

2014-01-29
Previous Post: Why It’s Time to Check Over That Budget
Next Post: 6 Things to Consider Before You Go on That Second Date