5 Things Your Guy Doesn’t Want to Hear From You

There are certain questions and statements that guys love to hear. On the other hand, there are certain ones that he really doesn’t want to hear you ask. This isn’t all about finding out you’re cheating. Some of the question cause discomfort and make him have to think on the spot. There is just no right answer for some of them either. Here are the things you want to avoid asking or saying to him.

It’s common to want a guy’s opinion but he really doesn’t want to answer it. He knows that if he’s honest and say yes, you’ll hate him for it. On the other hand, saying no makes you think he’s lying to you, even if he really doesn’t think you look fat. Most guys will just try to avoid giving you an answer, and that makes it just as bad at times. It’s best to just leave the question for your girlfriends.

When You Can’t Take Compliments 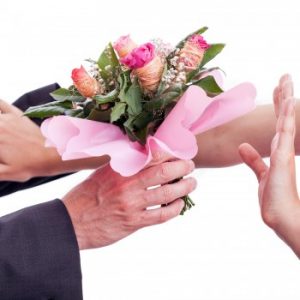 Too many women struggle to take compliments, especially from their guys. Guess what: he loves you and he wants to tell you that. He thinks you’re great; that’s why he’s with you! Accept him compliments and say thank you for them.

You don’t really have to agree, but don’t let him see that. There’s no point not believing him anyway. No, he doesn’t have to say how great you look. He’s saying it because you look it, so rock it!

When You Constantly Focus on the Bad

He hates that you focus on all the bad things. He’s no noticing them and neither is anybody else. Everyone is focused on all the good things about you.

Focusing on the bad shows that you have a lack of confidence, and it’s a turn off for him. Besides, he’s more likely to look at the bad when you keep putting yourself down.

The Talk About the Ex 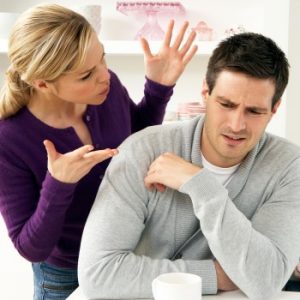 He doesn’t want to hear about your ex and he certainly doesn’t want to talk about his. The past is the past, and unless it’s something that has really affected your trust in guys or caused mental issues he wants it left in the past.

If there is something major that your ex did, you need to bring that up once to discuss your fears and thoughts and then leave it at that. He’s someone different and doesn’t want to be compared to the other guy.

Being Compared to Your Brother (Or Other Male Relative)

This is just wrong. Think about it; it’s like him comparing you to his sister, his mom or someone else in his family. By being compared to your brother, it leads to all sorts of disgusting incest thoughts, even if you didn’t mean it that way.

He doesn’t mind hearing that you both love the same sport or support the same team, but he doesn’t want to hear that he reminds you of that person. Think it; don’t say it.

2014-02-24
Previous Post: Change Your Diet and Boost Your Fertility
Next Post: Help Your Children Be Happier in the Morning