She Must Be A Slut

A woman who is overly extrovert, doesn’t adhere to the conventional perceptions of what is right for a woman or wrong and one who is outgoing with many men would instantly make most men think that she is a slut.

This is a very common thought that crops up in men’s heads.

If a woman is akin to be with more men, different ones at different times then the inference is quickly drawn without any major or objective assessment. She Must Be A Snob 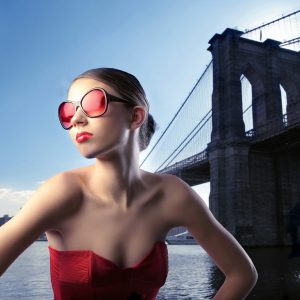 A woman who expresses her penchant for classy things or appears to be more intellectual than her male counterparts then she is thought to be a snob.

While being a snob or being thought of as a snob is not outright bad but the manner in which a man thinks of a woman as a snob is certainly not pleasant.

If a woman appears to be overly polite with men in positions of influence or seems to be friendly in given circumstances where she might have something going in her favor, she is branded as an opportunist.

This is quite a paradox actually because men do the same thing and even if a woman does so, she is being a careerist which is not a dirty word.

She Is Worth A One Night Stand

Men do not get smitten by every woman they come across but they take a liking to a majority of them.

Most women they take a liking to, are regarded as worth of a one night stand. Thoughts of dating or wooing do not really come to mind but that the woman would be only good for a night and no more.

She Must Be Cheating

She must be cheating comes as naturally to a man or to his friends as it comes to a woman and her friends. But this is still one of the dirty things that men think about women. She Is A Pain

If a man doesn’t take a liking to a woman, irrespective of the relationship shared, he is quick to infer that she is a pain.

No matter what the woman does, he would think of her as a pain.

She Should Be Easy

There are many women whom men consider to be easy preys.

Men spot several signs to indicate this and although rare but this is one of the dirty things that men think about women.