Everything You Need to Tell Him When He’s Naked

Your man is naked in front of you. What do you say? There is so much going through your mind right now, and you need to say the right thing. He’s exposing a lot of himself to you by standing in front of you like this. Here are the things he really wants and deserves to hear from you at this time.

Tell Him How Great a Body Part Looks

Pick a body part that you can see right now (no not just down there!) and tell him just how great it’s looking right now.

Make it clear that you’re admiring the man standing in front of you. Tell him you want to memorise it all, because you love him that much. He’ll get a confident feeling knowing that the woman in his life adores every part of his physical body.

It’s a scary time standing naked in front of a woman. Just think about how you feel when you’re in front of him naked.

You Want to Leave the Lights On 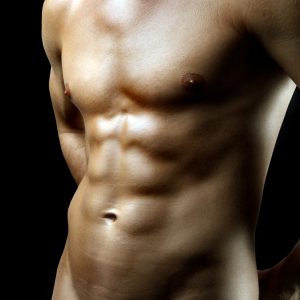 It’s a common thing to turn the lights out when you’re both naked.

Girls want to do it to hide their own bodies, but men start to think it’s because of their bodies. Surprise him by telling him that the lights are being left on.
He’ll know that you want to see his body, and he’ll love the chance to see you in your full glory too.

Tell Him What You’ve Been Looking Forward To

Let him know that getting him like this is just what you’ve wanted. He will be nervous and it can affect his libido. He needs to hear that you want him, and wants to know that you fantasise about him.

Break down the details of everything that you’ve been thinking, and even show him while you’ve got him with no clothes on.

Be Open About What You Want

It’s time to be honest about what you really want him to do.

He wants you to take control in the bedroom, and there’s no better time when he’s already got his clothes off. By telling him what you want, he can pick up tips on how to pleasure you and make you want him even more.

Where Do You Start?

Make it clear that you really love every part of him. Lay him on the bed and make a comment about not knowing where to start. It may seem corny at the time, but he loves the idea that you just love every inch of him.

It really boosts his confidence, and will get him in the mood for this time and time again. He’ll soon return the favour too, so it’s really not going to hurt.

2014-05-19
Previous Post: Is That Decision the Right One for You?
Next Post: How to Deal With Hateful People in Your Life