Strange Sex Laws Around the World

Most laws regarding sex are there for a reason. They can be to protect vulnerable people, or may be due to social pressure. However, like any laws, there are some strange sex ones. They all had a place and time, but are still part of the world laws of today. Some of them you won’t even believe.

You Cannot Have Sex to Pay off Your Billiard Debts

When it comes to Anniston, AL, there is a law that prohibits settling your debts through sexual favours. Those who set a bet, will need to make sure they either win or they can pay up with the cash bet. However, other items can be used for betting, such as car keys etc.

No Sex on Your Wedding Day While Hunting

If you’re hunting or fishing on your wedding day in Oblong, IL, don’t think about consummating your marriage. It is against the law for this, but you can have sex on any other day. There is, of course, the question why any bride and groom would want to spend their big day hunting or fishing, and then even consider consummating their marriage there.

Women Cannot Have Sex in an Ambulance

Just an hour away from Salt Lake City, Tremonton has a strange law that prohibits women from having sex in an ambulance. However, males can get away with it. It seems a little double standard, but there is also the question of why anyone is doing this when an ambulance is for treating emergencies.

Sex With the Lights Off Please 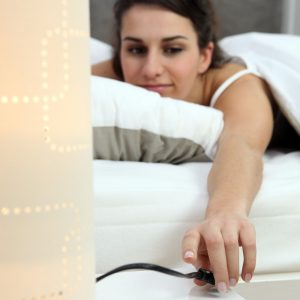 This could make a number of women happy. In Virginia, it is against the law to keep the lights on while having sex. Also, the state makes it clear that only the missionary position is allowed—the question is how many people have been convicted for not sticking to that. If you think those two are weird, the state also has a law against tickling women!

Unprotected Sex and Satan Do Not Go Together

If anybody had any ideas of procreating with the Devil, don’t even think about it in Bakersfield, CA. It is completely against the law to have an unprotected sex with the big man downstairs.

No Sex with Male Animals

Men in Lebanon can have sex with animals. However, there is a catch. Those animals must be female. Anyone caught having sex with a male animal could face the death penalty!

Wives in Hong Kong are allowed to get their own back on their husbands—to the point of killing them! Women must kill their men with their bare hands, though, making it slightly harder. What about the other woman? She can be killed in any means necessary, so the betrayed wives can take their anger out there. Maybe it would be best not to have affairs!

No Sex With a Virgin

A man cannot have sex with a virgin in Washington according to an age-old law. This includes on the wedding night!

2013-12-09
Previous Post: New ChapStick Innovation Makes You Kissable For 8 Hours
Next Post: Don’t Let Allergies Get in the Way This Christmas