Why Guys Without a College Degree Are Sexy

They Don’t Use Their Education to Belittle You

It Doesn’t Mean They’re Not Smart

Just because they don’t have a college degree doesn’t mean they’re not smart. Intelligence doesn’t just come from that piece of paper. What they lack in educational smarts they have in life experience and street smart. They will know their way around the world and could even help with the more “menial” tasks like car repair and plumbing. 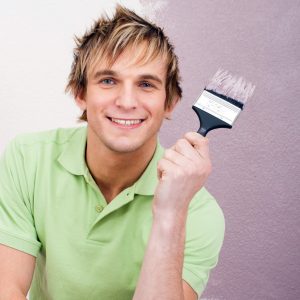 Guys without degrees make it up in other areas. They’ll be talented in different areas that don’t require an educational background. These talents could be much more suitable for life than actually having a piece of paper with a degree name on it. He’ll be able to fix the broken things or know how to get a table at that fancy restaurant because he knows the staff.

He can Still Provide for the Family

Degrees don’t guarantee a job. Experience helps much more. By not having a degree, he’s spent years working in different parts of life, which means he’s more likely to get a promotion. He can still provide for the family. The income may be low to start with, but at least there is a chance of him moving up. If his company closes down, he stands a better chance of getting another job because of his experience and not the degree!

He could even run his own business and be successful. There are plenty of guys without college degrees running successful multi-billion businesses, like Bill Gates and Mark Zuckerberg. This is sexy all on its own, because he’s proving he can provide for those around him and has talent and ideas that he wants to share.

That guy without a college degree still has ambitions. He could be more of a family man because he’s already concentrated on the work first. He could even have ambitions to go to school but wait until he’s more secure and ready. You don’t have to go to college at the age of 18! By waiting, he knows just what he wants to do instead of wasting a student loan on something that he may never use.