The Truth About Feminism: What It Really Means

Getting the Same Opportunities as Men

The main factor is that women get the same opportunities as men. That doesn’t mean they have to take them or that they will definitely be chosen over men—it depends on who the better candidate is.

There is a lot of talk about business owners being forced to hire a set number of women but this isn’t helping feminism! Being Able to Speak Out

Feminism is giving women the ability to speak out. It could be through a vote, which the Suffragettes fought hard for, or it could be just by calling the police when something happens.

Whichever way it is, while speaking out, the women need to be taken seriously. If not, women hold no power and the rallies and protests in the 1900s really were for nothing.

Getting the Right to Choose

Some women prefer to stay at home and cook and clean. Other women want to go out and teach children. There are some women who want the right to do a “man’s job”.

Feminism is all about having the right to choose what you want to do with your life. Choosing to raise the children isn’t a step back; for some it’s their passion and they have a right to do that! 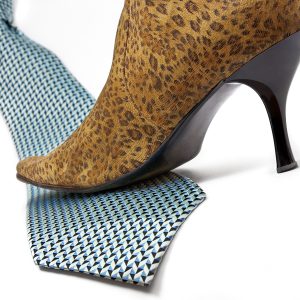 Too many people are focused on the view that to be a feminist you have to hate men. This simply isn’t true. A feminist is someone who believes women should have an equal footing in life.

They want an equal 50/50 split in the home, at work and just in general. If they hated men, they’d want to take over a man’s role.

Girls Can Play with Any Toys

The world seems to split toys between girls and boys. Girls can’t play with action figures and trucks; they need to play with Barbies and dollies.

Feminism is the fight for girls to play with any toy that they want and not have a label attached to them. It Changes with the Times

In the early 1900s, it was all about getting the right to vote. That introduced the right for women over 30 to vote. That gradually changed until both men and women of 18 could vote.

Feminism has changed over time and there are new protests and rallies regularly. It’s important to remember this and consider the society lived in. It Depends on the Person

Depending on the person you talk to, you will hear a different answer. There are lots of ways that people interpret feminism, which is why some believe it means to hate men and stay at home mums are a step backwards.

It’s important to focus on the true meaning behind it and not on the personal agendas that people try to push through.

2013-10-01
Previous Post: The Different Ways To Wear An Oversized Coat
Next Post: Don’t Frustrate About Your Long Hair: Here are Some Simple Fall Styles