Doing the Chores Isn’t Going to Get You Fit

It has long been thought that doing the household chores is a good way to keep yourself fit. Those who engage in the daily ritual of mopping, vacuuming, cleaning and dusting, had believed that the work they were putting in was going some way to keeping them fit. However, a recent study has now concluded that this is not the case.

A recent , BMC (Biomedcentral) health study has found that of the 4,500 adults they looked at, those who counted housework as exercise, were heavier than those who didn’t.

It is thought that while household chores are exercise, they don’t have an effect unless they are strenuous enough to raise the heart rate and make breathing more rapid. This is also the case for those DIY activities that were also thought to be beneficial.

The study interviewed these 4,500 people, and asked them about the types of exercise they did, whether or not they played any sports, and also their smoking and drinking habits. One part of the interview, specifically asked about the levels of activity they did with regards to looking after their homes. 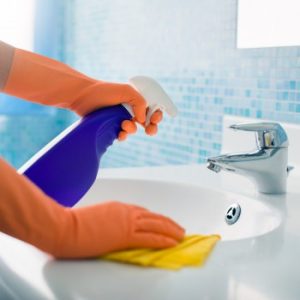 The target set by most health professionals including those in the US and the UK, is that people should do 150 minutes of exercise a week. Ideally, this should be broken up into 10 minutes bursts.

The study found that 36% counted household chores as part of their exercise target. However, when their height and weight were taken into account, they were found to be heavier than those who were doing other forms of exercise for the same amount of time.

It also showed that just a fifth of women reached their weekly target if they discounted household chores. It is thought that one reason for the low results, could be that people were overestimating the level of intensity they did while doing the housework.

Another reason could be that the individuals calorie intake was higher than the amount burned by this particular type of activity. 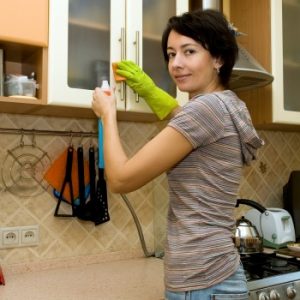 This study seems to back other research conducted that showed high intensity workouts in short bursts of 10 minutes or so, is more beneficial than a long workout at a gym. This study showed that those who took regular, brisk, 10 minute walks weighed less on average than those who did not.

While there has been a more ‘lifestyle’ angle to exercise in recent years, this study has shown that the types of exercise you do is very important. It might be that you can still count the daily chores as part of your workout, if you make sure that you get the heart pumping while you do it.

Maybe increasing the speed at which you work, might be enough to work up a sweat. It may be something to consider the next time that you go to get the vacuum out of the cupboard, or start mopping the floor.