By: FemSide
In: FemSide
Tagged: baby, chocolate, craving, diet, food, hormones, iron, magnesium, pica, pregnancy, supplements, taste buds, vitamin C
With: 0 Comments
Pregnancy is a joyful time for many women, but it is full of cravings and difficult stages for others. Pregnancy cravings can be all sorts of different foods, including fruits and vegetables, ice cream and fries and even sand and dirt! In fact, one woman claimed to crave soiled nappies! Here are the things you need to know about your pregnancy cravings to understand them.

Before you delve into the world of your cravings, it’s important to understand that scientists don’t really know why they happen. There are many theories, including the body needing certain nutrients or foods that the body hasn’t had for a while. The common thought is that it is your hormones playing havoc with your taste buds.

Low iron is the most commonly blamed reason for pregnancy cravings, especially when they involve strange items that aren’t even food! Iron deficiencies are the most common in women as the baby takes up the majority of the nutrient for its own development. The good news is that you can do something about this without harming the little one. Red meat, dark green leafy vegetables and many other high protein foods are full of iron. Your doctor may even prescribe safe iron supplements to help you. 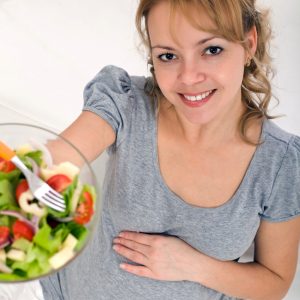 If you crave chocolate, there is a high chance that you’re not getting enough magnesium. This understanding has been gained through research into the different types of cravings expecting mothers have had. You can improve your magnesium intake by eating whole grains, nuts and seeds. Green vegetables are also an excellent source of this mineral.

It is important to think about the type of craving you’re having before acting on it. For example, having a craving for citrus fruits will help to add vitamin C into the diet but too much of it will be high in acid—and acid reflux is a common pregnancy issue. Craving for chocolate and acting on that will lead to more weight gain, but that doesn’t mean you shouldn’t have it in moderation. The issue really arises when it comes to pica.

Pica is when you crave for stuff that isn’t food. It could be the smell of freshly washed sheets, which is fine to indulge in. However, what happens when you crave the taste of laundry powder, sand or even soiled nappies? These are dangerous for your own body, let alone dangerous for your baby’s. You need to avoid acting on these and talk to your doctor about them to discuss things you can do instead.

It’s not just about food cravings. You will feel turned off by certain food; they could even make you feel ill. This can be all sorts, and sometimes your favourites. You’ve got to think about the nutritional deficit you could give your body if you completely avoid those foods and what you can do instead.

2014-01-29
Previous Post: Top Fruits That Help You Lose Weight
Next Post: Can You Be the Perfect Couple?