Menopause is a condition that every woman will face once she reaches a certain age. Also known as the change of life, some women have terrible menopausal symptoms that can make some days difficult. However, before a woman seeks hormonal therapy to help these symptoms, there are some natural menopause remedies that can make the change of life easier to handle.

Exercise can relieve a lot of menopause symptoms such as sleeplessness, ho flashes, mood swings, and so much more.

When a woman exercises, hormones are released into her body, and those hormones can really calm down some of the worse symptoms. Women should try aerobic exercises, strength training, and also exercises that relax the body such as yoga. 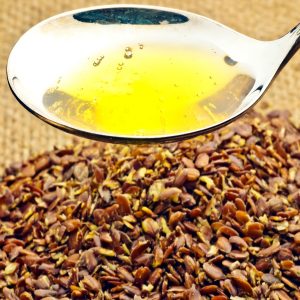 Flaxseed has naturally occurring phytoestrogens, and women who eat flaxseed will get enough of those phytoestrogens to reduce the symptoms of menopause they are experiencing.

Some women have reported their menopausal symptoms were reduced by as much as 50 percent because they added flaxseed to their diet.

Because of the changing hormones in her body, a woman can experience vaginal dryness, which is going to make being intimate difficult or even painful.

Red clover can get rid of vaginal dryness because the herb is a source of estrogen. This herb can be taken in supplement form, and there is also a tea available that a woman can drink at least a few times a week to get the full benefits of it.

The biggest source of omega-3 fatty acids is fish, and these fatty acids are natural mood enhancers.

Mood swings are common for a woman going through menopause, and eating fish at least 3 to 4 times a week can greatly improve a woman’s mood.

When a woman is going through the change of life, her body really is changing in more ways than just the loss of her monthly cycle. The lack of certain hormones can do things like weaken bones, which will lead to osteoporosis.

Vitamin E can help with menopausal symptoms such as hot flashes, but it can also do the whole body good in terms of things like lowering blood pressure and strengthen muscles. 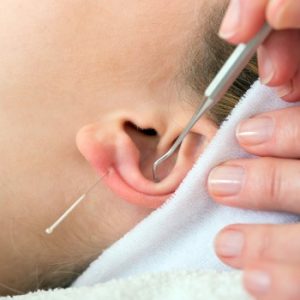 Though it may seem strange that needles can help with menopause, the fact is acupuncture has been used for centuries to help restore order and balance to the body.

With menopause, many things are going on inside of a woman, and stimulating the right pressure points can do wonders for calming the body down.

Acupuncture is also effective against menopause because the needles can also help release certain hormones into the body, which have shown to calm down the worse symptoms such as hot flashes and moodiness.

Hot flashes are one of the worse menopausal symptoms a woman can experience.

However, black cohosh has been shown to significantly reduce these changes in body temperature. Black cohosh can come in a liquid form that a woman can take or a tea form that they can drink.

2013-09-07
Previous Post: How to Deal with Time Wasters at Work
Next Post: Get the Best Medical Care for Your Baby