Items You Can’t Take in Your Hand Luggage

If you’re getting on a plane any time soon, you’ll know that you’re restricted on the items that you can take onboard. There are certain everyday items that you can’t take on and need to be stored in the compartment. You may not even realise that they can be used as deadly items or cause concern. Here are the main items you need to avoid putting in by mistake.

You cannot take lighters onboard the plane in your hand luggage. There are many dangers to having something like this, and some people will have ulterior motives with them. However, it is worth pointing out that you can have one lighter on you (just not in your hand luggage). You can take cigarettes too, so you can have those cigarettes before and after your flight—just not on the plane.

No Fire Arms or Hunting Knives

There are many legitimate reasons to carry hunting knives or fire arms. You may be visiting somewhere purposely for hunting, or you may have bought them and be taking them legally through customs. However, you cannot have them onboard the actual plane. They must be checked in with all the relevant paperwork. There are just a few people who get firearms—air marshals and other similar personnel.

Liquids of More Than 100mls 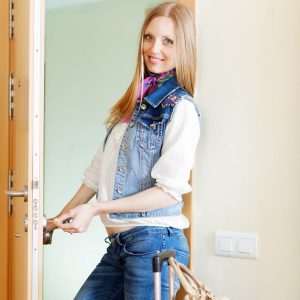 Since 9/11 and other terrorist attempts, there has been a strict ban on liquids of over 100mls. There are even some companies that don’t allow baby bottles already made up—you have to ask for the water on the plane and take the powder. If you have anything that is over 100mls, which includes most bottles of water, you need to remove them before going through security. However, you can buy bottles of water on the other side and take them onboard.

Medicines of More Than 100mls

You know that liquids aren’t allowed, but did you know some medicines aren’t allowed in your hand luggage. In most cases, the medicine can be checked in instead. However, if you need the medicine on the flight, especially on longer ones, you will need to check with the airline before you book. You may require a doctor’s note or other permission to take them on in your hand luggage.

Want to take your guitar on the flight? You won’t be able to. It needs to go into the compartment. The same applies to sporting equipment. The issue is that they are too bulky and will take up more than your allotted hand luggage allowance.

You’re going away on business and need to take some tools with you. They can’t be taken on the flight with you and must be checked-in. They could be used as deadly weapons.

Taking a nail file on the plane with you? You’ll need to check these beauty items in with the rest of your luggage. If you really want to tend to your nails on the flight, take a wooden emery board instead.